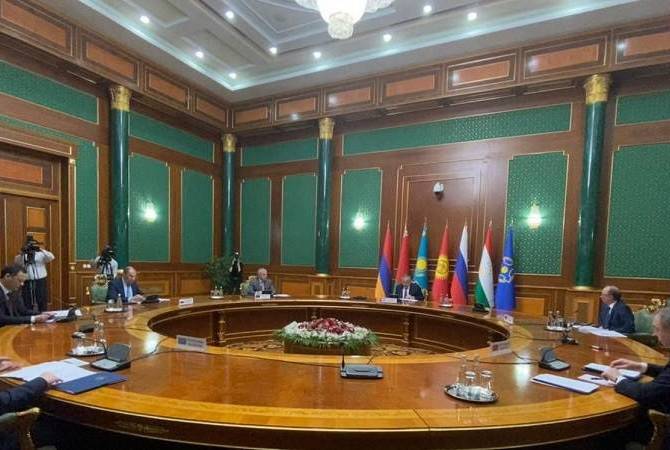 
YEREVAN, MAY 19, ARMENPRESS. Armenia’s caretaker foreign minister Ara Aivazian participated today in both the narrow and extended format sessions of the CSTO Council of Foreign Ministers in Dushanbe, Tajikistan, the ministry told Armenpress.

Ara Aivazian told his colleagues that in such conditions the CSTO emergency situations response procedure is becoming relevant.

Touching upon the Nagorno Karabakh conflict, Ara Aivazian said the use of force by Azerbaijan can in no way lead to the solution of the conflict, adding that the conflict must be solved exclusively in political-diplomatic platform under the auspices of the OSCE Minsk Group Co-Chairmanship and based on the joint and comprehensive implementation of the principles developed by that mediation mission.

The session agenda also covered issues relating to the regional and the international situation and its impact on the security of the CSTO member states, the cooperation of the member states with international organizations, etc.

Based on the results of the session the Foreign Ministers adopted and approved a number of documents aimed at the cooperation between the CSTO member states in different dimensions.