Military Police to investigate how Azeri troops advanced into Armenia 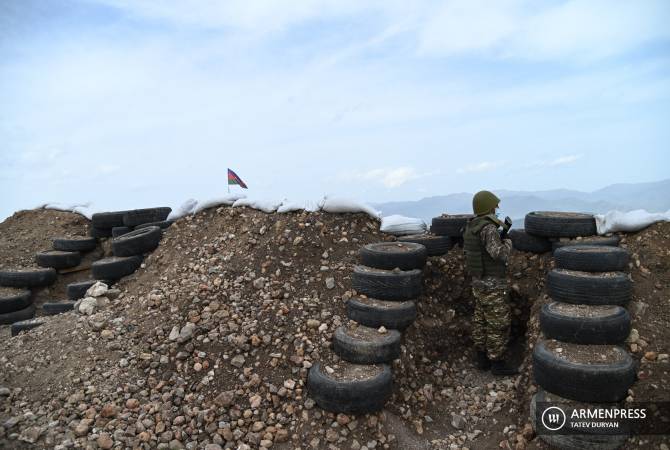 
YEREVAN, MAY 13, ARMENPRESS. The Military Prosecution has instructed the Military Police to launch criminal proceedings, investigate and give legal assessments to the Azerbaijani incursion into Armenian territory in Syunik Province, Prosecutor General Artur Davtyan’s spokesperson Gor Abrahamyan said in a statement.

“Yesterday morning the Azerbaijani armed forces carried out a provocative operation and crossed the Armenian state border in the Lake Sev section. So far there is basically no significant change in the situation, and the situation continues to be the same. This means that there are Azerbaijani soldiers near the Lake Sev and there is also a large presence of our troops there. But the situation has not reached a military escalation, meaning there is no exchange of gunfire or clashes. Work is being carried out since yesterday to withdraw the Azerbaijani soldiers from that area,” Caretaker Prime Minister Nikol Pashinyan said at the May 13 Cabinet meeting.

Pashinyan said the action was a planned provocation by Azerbaijan, because the Azeri soldiers carry explicitly fake maps by which they are trying to claim that they are within Azeri border limits.

“Certainly a highly important question is as to how was it possible for Azerbaijani soldiers to cross and pass our neutral zones and reach the Lake Sev. This is a separate issue which will definitely be considered,” he added.

Editing and translating by Stepan Kocharyan