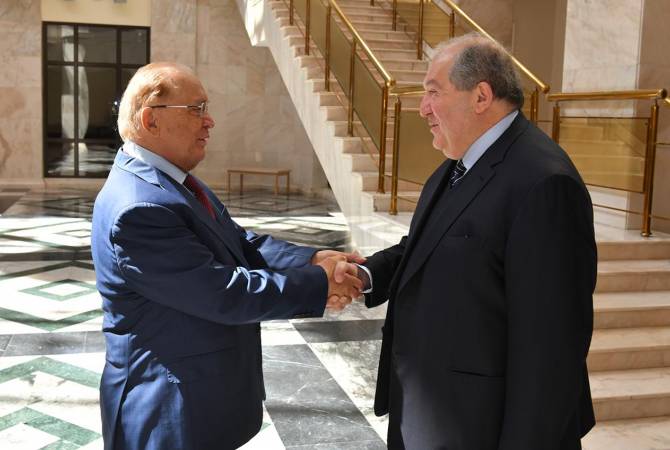 
YEREVAN, MAY 11, ARMENPRESS. President of Armenia Armen Sarkissian who is in Moscow on a working visit, visited Moscow State University after Lomonosov and met with Rector Viktor Sadovnichiy.

Noting that the Moscow State University is close to his heart, President Sarkissian said that he is very happy to again visit a place where he has had numerous working interactions years ago as a student, scientist and a professor.

As ARMENPRESS was informed from the press service of the President's Office, the interlocutors referred to the Armenian-Russian cooperation in the sphere of education and science, highlighting its continuous development and deepening.

They stressed that in the modern world, the consolidation of capacities to keep pace with the rapid progress of science has become imperative. In this context, the sides highlighted the preservation of the rich cooperation traditions between Armenia and Russia and the more effective use of the existing potential.

10:21, 06.21.2021
Viewed 1072 times Pashinyan announces how many seats his Civil Contract party will have in newly-elected parliament