Government has no overdue debt to businesses: number of jobs increased by over 85,000 – Pashinyan | ARMENPRESS Armenian News Agency

Government has no overdue debt to businesses: number of jobs increased by over 85,000 – Pashinyan 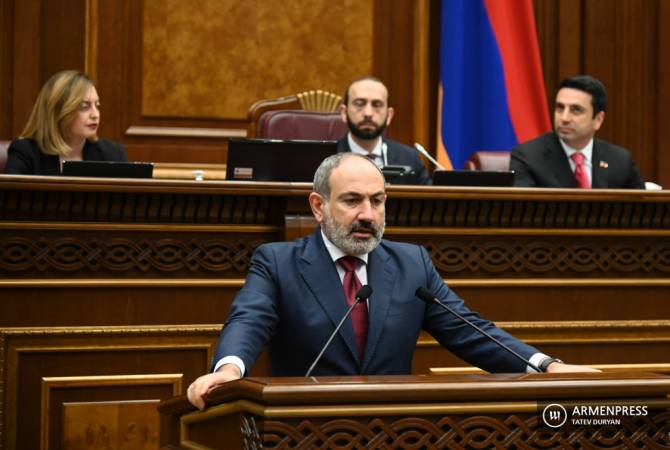 
YEREVAN, MAY 10, ARMENPRESS. The Armenian government has no overdue debt to businesses as of May 1, 2021, Caretaker Prime Minister Nikol Pashinyan said during the special session in the Parliament, added that the government has returned around 500 million USD to businesses within 3 years.

Pashinyan noted that in 2018, when he assumed the office of the Prime Minister, the government had 274 billion drams in debt to businesses. He stated that this debt problem has been solved within those three years not only de facto, in the form of factual payments, but also from institutional terms.

Then, Pashinyan presented the results of all those changes. “In fact, we have solved and continue to solve from institutional terms the issues of shadow workplaces and shadow wages. And as of March 2021, compared to March 2018, the jobs increased by 85,038 or by 15.5%. Those are the workplaces which receive a concrete salary”, he said.