The Great Victory is one of glorious pages of shared heritage of Armenia, Russia – Ambassador | ARMENPRESS Armenian News Agency

The Great Victory is one of glorious pages of shared heritage of Armenia, Russia – Ambassador 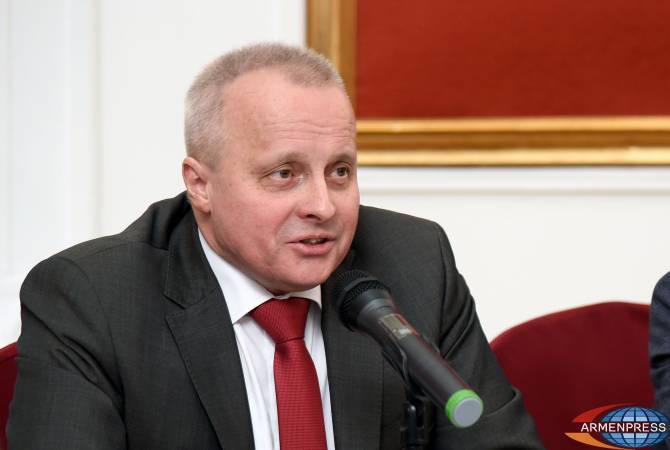 
YEREVAN, MAY 9, ARMENPRESS. Ambassador of Russia to Armenia Sergey Kopirkin issued a statement on the occasion of the 76th anniversary of the Victory in the Great Patriotic War, noting that the Great Victory is one of the glorious pages of shared heritage and history of Armenia and Russia.

‘’Every time when countries and peoples undergo difficult periods, they look back, searching the support, the source, that can lift the spirit, strengthen the moral power. Patriotism and love for the homeland have been, are and will be a decisive factor in ensuring the security and development of any country’’, the Ambassador said, adding that the Victory Day is a special day for Russian and Armenians, as well as the other peoples of the former Soviet Union, who bore the hardness of the terrible war.

‘’The Great Victory is one of the glorious pages of shared heritage and history of Armenia and Russia, one of the key elements of which are the real fraternal relations between Russia and Armenia today, the interconnectedness of our cultures, the spiritual similarities, the adherence to enduring values. In our countries the memories of the war are treated with care, great importance is attached to the preservation of the historical justice. Unfortunatelly, today we are forced to struggle for that, resist the attempts of falsifying the history, glorification Nazism and attempts to deny the crimes against humanity committed by the fascists and degrading the role of liberators’’, Sergey Kopirkin said, adding that this year also marks the 80th anniversary of the treacherous attack of fascist Germany against the Soviet Union.

‘’On the Victory Day, as always, special congratulations and words of gratitude are addressed to our dear veterans. You are a living memory for us, worthy of imitation. Deep bow in front of you, good health and endurance of soul to you, and peace, harmony and prosperity to all of us’’, the Ambassador concluded.