Pashinyan sends congratulatory messages to Putin, Mishustin on the occasion of the Victory 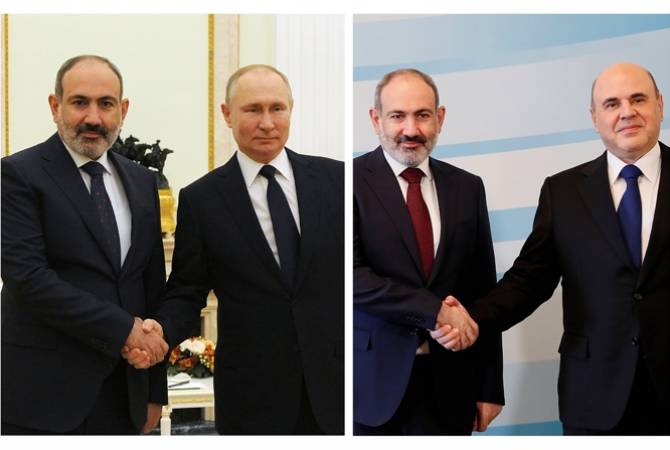 
YEREVAN, MAY 9, ARMENPRESS. Caretaker Prime Minister of Armenia Nikol Pashinyan sent congratulatory messages to Russian President Vladimir Putin and Prime Minister Mikhail Mishustin on the occasion of the 76th anniversary of the Victory.

As ARMENPRESS was informed from the Office of the Prime Minister, the congratulatory message addressed to Vladimir Putin states:
“Dear Vladimir Vladimirovich,

Please accept my sincere congratulations on the 76th anniversary of the victory in the Great Patriotic War.

May 9 is a sacred day for all citizens of Armenia, Russia - one of the most significant and remarkable holidays.

The Victory’s great legacy is an important spiritual value, a moral guide for future generations to build a just and safe world. It is our common duty to cherish the memory of our heroes who fell in the struggle for freedom and independence. We are bound by duty to honor the veterans with proper care and attention.

I am confident that as sanctified by our ancestors’ triumphant glory, the Armenian-Russian allied relations will continue to develop successfully for the benefit of the peoples of our countries, regional stability and security.

I would like to convey my feeling of deep gratitude to all war veterans in the Russian Federation, those who worked on the rear front, wishing them robust health, wellbeing and prosperity.”

I cordially congratulate you on the 76th anniversary of the victory in the Great Patriotic War.

The memory of those who showed unparalleled heroism and self-sacrifice in the fight against Nazism is honored in both Russia and Armenia. It sets a worthy example for present and future generations.

I am convinced that the unity, courage, friendship and mutual assistance shown by our peoples during the Great Patriotic War will henceforth provide a solid groundwork for the furtherance of our allied relations.

I wish you good health and every success, as well as progress and prosperity – to the brotherly people of Russia.”