Pashinyan comments on factors behind US recognition of Armenian Genocide 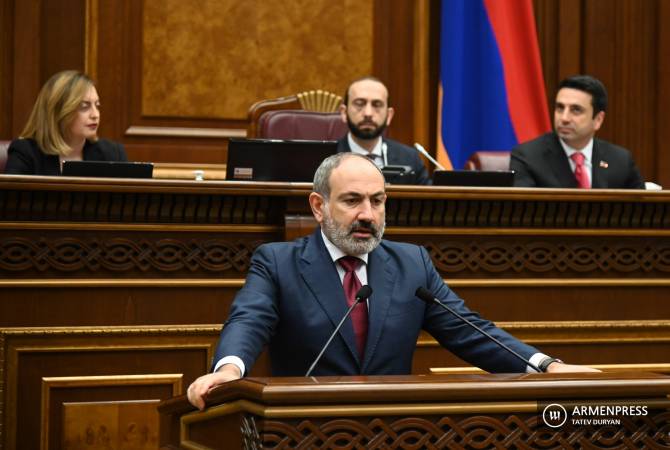 “I believe there is one long-term, one mid-term and two short-term factors here,” Pashinyan said in parliament when asked to comment. “The long-term factor is definitely the consistent work of the Armenian-American community and all organizations of the Diaspora. The mid-term factor is Turkey’s regional policy and in this context the dissonance which appeared between Turkey and the United States. First of the short-term factors is the 44-day war and Turkey’s explicit and active involvement in it, and second is Armenia being a democratic country. In my conviction these are the four factors which led to the United States President making this unprecedented and historic decision,” Pashinyan said.

United States President Joe Biden officially recognized the Armenian Genocide on April 24, 2021. He became the first ever US President to do so.