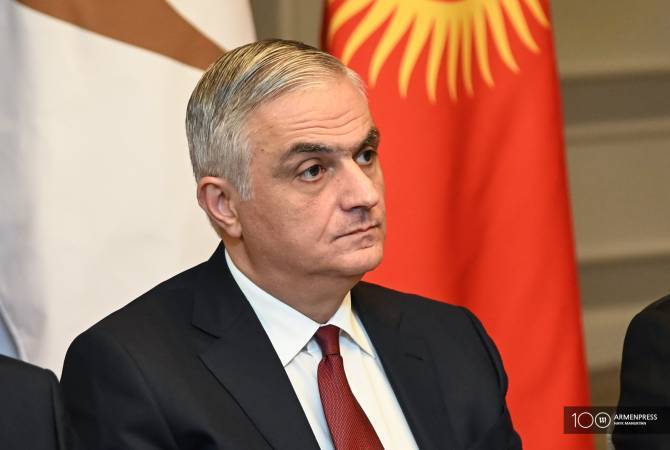 
YEREVAN, MAY 1, ARMENPRESS. Azerbaijan as a non-member of the Eurasian Economic Union did not participate in the organization’s recent intergovernmental council meeting because there was no consensus among the members – something required for the participation of any third country, the Armenian caretaker Deputy PM Mher Grigoryan told reporters, according to 1lurer.am.

When asked after the meeting whether or not it was Armenia who vetoed it, he said: “Yes, you can say so, because a third country’s participation at the EEU intergovernmental council session requires a consensus decision. Naturally there was no consensus over this issue, particularly Armenia did not agree to the Azerbaijani representative’s participation in the session.”

Asked by reporters whether or not Armenia’s position is related to Azerbaijan’s refusal to return POWs, Grigoryan said: “The issue is very compound and I wouldn’t want to point out one condition or precondition out of context. There was no consensus over this issue, while such participation requires the participation of all member-countries,” Grigoryan said.

13:12, 05.10.2022
2511 views Armenia’s proposals handed over to Azerbaijan in Brussels include also status, security of Artsakh – Ambassador-at-large