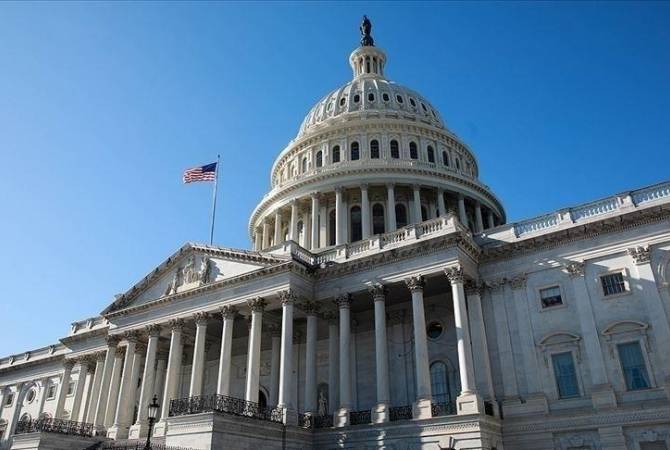 “Today, Senators Edward J. Markey (D-Mass,), Ron Wyden (D-Ore.), and Jeff Merkley (D-Ore.) announced the reintroduction of the Turkey Human Rights Promotion Act of 2021. This legislation condemns human rights abuses carried out by the Government of Turkey, which intensified after a 2016 coup attempt. The Government of Turkey, under President Recep Tayyip Erdogan, has engaged in a brazen campaign to silence journalists, political opponents, dissidents, civil society activists, and minorities throughout Turkish society, as well as targeting Turkish citizens outside of its borders. This legislation makes it clear that the United States should use its considerable leverage with this NATO ally to prevent a further erosion of hard-fought democratic progress in Turkey. Senators Markey and Wyden first introduced the Turkey Human Rights Promotion Act in 2017, and again in 2019,” Senator Edward J. Markey’s office said in an April 29 press release.

“President Erdogan’s free pass from the Trump White House to commit abuses has officially expired,” said Senator Markey, a member of the Senate Foreign Relations Committee.  “The United States will once again speak out forcefully and take steps to hold the Erdogan government accountable for its campaign to silence opposition by censoring social media, clamping down on free speech, and locking away critics. This legislation makes clear that President Biden must use all diplomatic tools to signal – unmistakably – that the United States comes down on the side of journalists, activists, and civil society leaders, and will stand up in opposition to Turkish officials who direct or carry out systematic human rights abuses.”

“Turkey’s authoritarian government has trampled on the rights of journalists, political rivals and regular citizens who dare to voice criticism of President Erdogan,” said Senator Wyden. “Senators Markey, Merkley and I are renewing our call for accountability because America cannot stand by while partners and allies systematically violate basic freedoms.”

“President Erdogan’s track record of democratic backsliding and politically-motivated detentions of journalists, civil society leaders, members of the political opposition, and others threatens some of the most basic human rights of freedom of expression and due process,” said Senator Merkley, a member of the Senate Foreign Relations Committee. “The United States cannot stay silent in the face of this disturbing behavior. We must use the diplomatic levers available to us to ensure that Turkey’s political prisoners are released, and that dangerous anti-terrorism laws are repealed."

Directs the Secretary of State to provide assistance to civil society organizations in Turkey that work to secure the release of prisoners of conscience and political prisoners in Turkey.

Makes it a Statement of Policy for the United States to support democracy, peace, and prosperity in Turkey and to oppose the Government of Turkey’s attack on freedom of expression, peaceful assembly, and association.

Expresses the Sense of Senate that the Government of Turkey must –

- Take steps to significantly improve the dire climate for journalists and those supporting the journalism profession;

- Cease its ongoing crackdown on free expression on the internet, including by repealing or amending laws that allow the government to block a website or remove content from the website; and

- Halt its indiscriminate detention and prosecution of lawyers, judges, and prosecutors, and fulfill its obligations under the International Covenant for Civil and Political Rights (ICCPR) European Convention on Human Rights, and Turkey’s other international human rights obligations.

Expresses the Sense of the Senate that, if the Government of Turkey does not take effective steps to address its human rights violations,

- The President should impose sanctions pursuant to the Global Magnitsky Human Rights Accountability Act with respect to officials of the Government of Turkey found responsible for the detention of prisoners of conscience and political prisoners, politically motivated detention of journalists, restricting freedom of expression through social media, and other gross violations of internationally recognized human rights;

- The Secretary of State should impose visa restrictions under the so-called “Khashoggi Ban” for those engaged in serious extraterritorial counter-dissident activities, as the Government of Turkey is reported to have done; and

- The Treasury Secretary should direct United States executive directors of key international financial institutions to oppose any loans, grants, policies, or strategies determined to be enabling the Government of Turkey to violate human rights of its citizens.