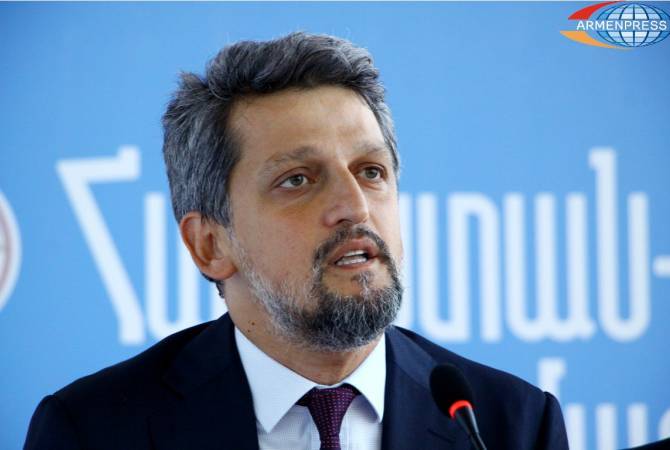 In his April 24 statement, Paylan criticized the naming of streets in Turkey after Talaat Pasha, a political leader of the Ottoman Empire in the early 20th century who was the architect of the Armenian Genocide.

This statement seemingly infuriated the nationalist MP Özdağ, who tweeted: “Shameless, provocative man. If you are not very pleased [about living here], go to hell..."

"When the time comes, you will and should also go through a Talaat Pasha experience," Özdağ concluded.

Paylan filed the complaint under the penal code articles of “incitement of enmity”  ,  “insults and threats”  and  “incitement to commit a crime.”

"Calls for violence against minorities open the way to hate crimes. Discrimination and hate speech should not go unpunished," Paylan said in Ankara on Wednesday.

The Commission against Racism and Discrimination of the Human Rights Association, a Turkish organization, also filed a complaint against Özdağ.