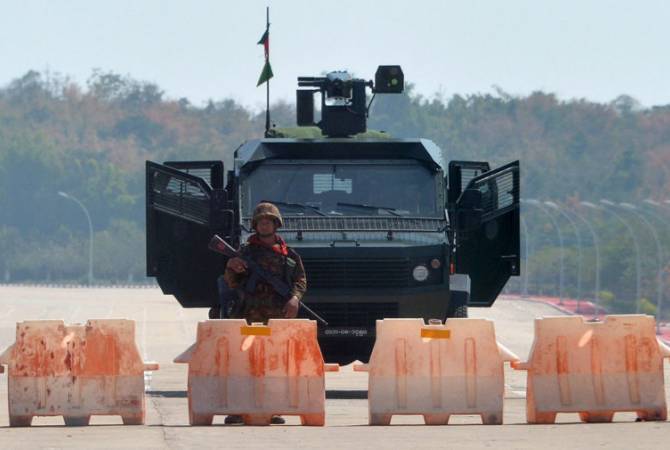 
YEREVAN, APRIL 29, ARMENPRESS. Unidentified attackers launched assaults on two Myanmar air bases on Thursday, with blasts reported at one base and rocket fire seen at another, media and a witness said, Reuters reports.

The attacks come after three months of turmoil in Myanmar triggered by a Feb. 1 military coup. There was no claim of responsibility or any confirmation of any casualties in the attacks.

In the first attack on Thursday, three blasts went off at an air base near the central town of Magway in the early hours, the Delta News Agency reported in a post on Facebook.

Later, five rockets were fired at one of the country's main air bases, at Meiktila, to the northeast of Magway, reporter Than Win Hlaing, who was near the base at the time, said in a post.