A century after 1915. Armenians are facing a cultural genocide again 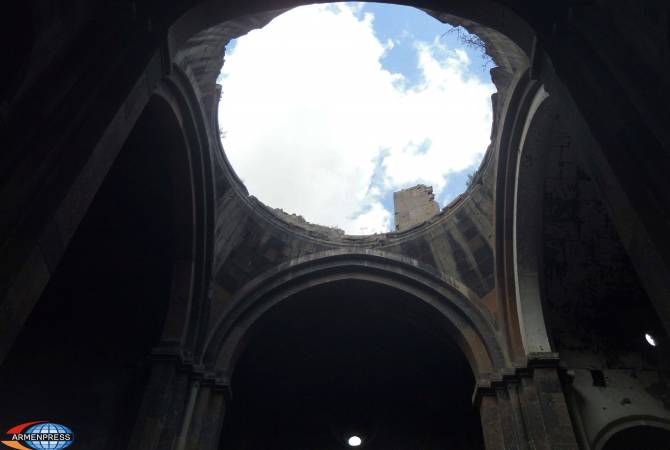 
YEREVAN, APRIL 26, ARMENPRESS. As every year on April 24, this year also the Armenian people will commemorate the victims of the Armenian Genocide.

However this year, the Armenian people commemorate the lose of 1,5 million victims and their homeland in such a conditions, as it seem to have taken them back to the post-genocide period, when Turkey began to commit the cultural genocide of the Armenian people.

The history seems to be repeating after the war unleashed by Azerbaijan against Artsakh, supported by Turkey. As a result of the war, Azerbaijan destroys and desecrates the Armenian cultural and historical heritage in the territories under its control.

This raises reasonable concerns among Armenians, that after the deprivation of homeland in 2020, Azerbaijan will pursue the same policy of annihilation of the Armenian heritage, which Turkey continues to pursue since the 1915 genocide.

Combining the fact-finding work of various structures, it turns out that before the Genocide, Armenians had more than 4600 churches, monasteries, schools, cemeteries and hospitals in the Ottoman Empire, particularly in the Western Armenia. Most of them, more than 2000, were places of worship. Most of these historical and cultural monuments have either been destroyed or irreparably damaged due to Turkey’s 100-year-old targeted policy.

Armenian churches and monasteries were destroyed deliberately, or were handed over as property to individuals and those far from settlements were abandoned to the whims of time and nature (1, 2). Some of them were used as ready-made buildings for other purposes, such as a stable, library, museum, cinema, but more frequently, they were turned into mosques, the Armenianness of which is denied (1, 2, 3, 4, 5).

Treasure hunters have rendered an invaluable service to the state in the issue of the destruction of the Armenian heritage. Obsessed with the thoughts of “finding the hidden gold of Armenians”, they irreversibly destroyed the Armenian churches, cemeteries and even houses left by Armenians with the permission of the state (1, 2).

In the last decade, Turkey created an illusion of a state-level responsibility for the preservation of cultural and religious sites of minorities, including Armenians, by partially restoring one or two institutions of religious significance, whose Armenianness is undeniable even in the face of systematic Turkish denial.

Such an example is the Surb Khach Church on Akhtamar Island in Lake Van, the restoration of which was actually a political and propaganda step, aimed at covering up the destruction of 1000 churches.

And the real narrative is that the destruction of the Armenian heritage continues today, which obviously violates the clause of the Treaty of Lausanne signed in 1923, according to which Turkey is obliged to preserve and renovate the religious and cultural heritage sites of the minorities. Over the last 10 years, the Armenian districts of Mush and Malatya in Turkey were destroyed and Armenian standing or half-ruined churches were put up for sale (1).

It is the policy of Turkey, that 106 years after the Genocide, April 24 forces Armenians to draw parallels between the ongoing anti-Armenian policy pursued by Turkey-Azerbaijan alliance in the 21st century that began in Turkey a century ago. Following the example of Turkey, Azerbaijan adopted the same systematic policy to cleanse the territories from Armenianness, which were under its control after the 2020 war. It uses almost the same toolkit as Turkey: everything that is Armenian is either completely destroyed or is presented as a property of other ethnic-religious groups by erasing the Armenian inscriptions from the walls.

In just a few months after the war, many such cases were reported with the direct participation of the state’s top leadership. Azerbaijani President Ilham Aliev has taken the lead in this issue. In March, he visited Surb Astvatsatsin Armenian Church in Tsakuri village of the occupied region of Hadrut, in Nagorno-Karabakh, claiming that it is an Albanian church and that the Armenian inscriptions of 12th century are falsified. The policy of appropriation of the Armenian heritage is pursued in almost all of the most important religious structures of Artsakh. The relatively new and not so famous churches are completely destroyed. A vivid example of this is the mysterious missing of the Armenian Church of St. Mariam Astvatsatsin in Jabrayil, under the control of the Azerbaijani Armed Forces, on which the British BBC prepared a report. In the same way, the Azerbaijani authorities destroyed the medieval Armenian khachkars of Jugha without leaving a trace in 2005-2006.

Only 6 months have passed since the war, but there are numerous videos spread on the social networks, where encouraged by impunity Azerbaijani soldiers vigorously demolish, desecrate and trample on Armenian cemeteries, houses, icons, presenting their deed as a great heroism.

However, it seems that Azerbaijan decided to surpass Turkey in the policy encouraged by the state. Everything that Turkey did to eliminate the Armenian trace in 100 years, Azerbaijan wants to do in a shorter period of time.

Perhaps, this is the reason why since now Azerbaijan has been delaying the visit of UNESCO independent experts to the region after the war, to assess the state of cultural values and inventory of Armenian cultural, religious and historical monuments under the control of Azerbaijan. This targeted policy probably has a clear goal to eliminate the Armenian trace from this part of the historical homeland of the Armenian people as much as possible.

11:29, 05.19.2022
2825 views U.S. recognizes role of population of Nagorno-Karabakh in deciding its future–Ambassador Tracy’s interview to ARMENPRESS