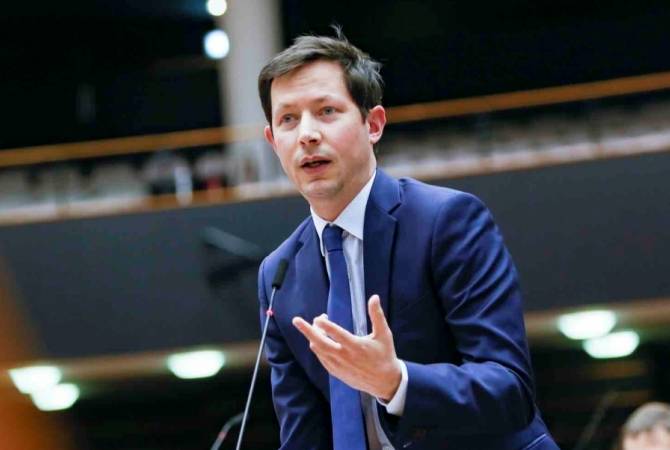 
YEREVAN, APRIL 13, ARMENPRESS. Member of the European Parliament François-Xavier Bellamy has called on Europe to break the silence and not leave Armenia alone against Turkey and Azerbaijan.

In an article for Le Figaro newspaper, MEP François-Xavier Bellamy notes that as a result of the 2020 Azerbaijani-Turkish aggression Armenia suffered thousands of victims.

The MEP also wrote about Azerbaijan’s refusal to hand over Armenian prisoners of war, noting that this kind of an inhumane blackmail by Azerbaijan must not continue for long and that Europe must show that it hasn’t completely lost its principles.