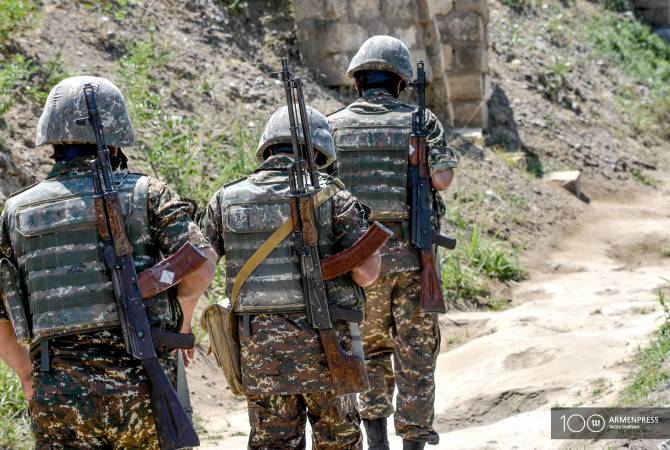 
YEREVAN, MARCH 30, ARMENPRESS. Despite a nudge from a senior State Department official, Azerbaijan has so far refused to return Armenian prisoners who were captured during the recent war in Nagorno Karabakh, Columnist David Ignatius said in an opinion published at The Washington Post.

“U.S. officials say that 52 Armenians are still held by Azerbaijan, despite earlier exchanges of prisoners”, the columnist says, adding that Baku claims that these are not participants of the war, but came there after the ceasefire, in late November, and are terrorism suspects, an allegation that Armenia denies.

“Philip Reeker, acting assistant secretary of state for Europe, raised the issue of the captives with Azerbaijan’s foreign minister, Jeyhun Bayramov, during a telephone call in February and requested that the International Committee of the Red Cross be allowed to visit the prisoners. The ICRC was promptly granted access. U.S. officials continued in the following weeks to advocate the release of detainees”, David Ignatius says and quoted the remarks of a senior Biden administration official who said: “We hope to see more detainees released. We’re not negotiating, but we’re urging them to exercise goodwill”.

“Observers had hoped that Azerbaijan might release the Armenian captives as a goodwill gesture at the time of the Nowruz holiday on March 20. But the Armenian detainees remained in custody”, he said.

The columnist also reminds that U.S. Congressmen have also joined the calls for the release of the Armenian POWs. A group led by Rep. Adam B. Schiff (D-Calif.), the chairman of the House Intelligence Committee, introduced a bill March 16 calling on Azerbaijan to immediately release all Armenian POWs and captured civilians.

David Ignatius stated that prisoner issue will gain additional emotional significance in April, connected with the anniversary of the Armenian Genocide.