37 US Senators call on President Biden to recognize Armenian Genocide 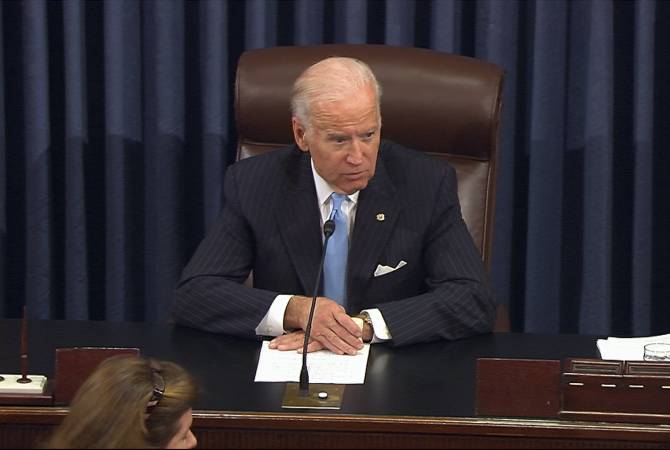 “President Biden – by virtue of his own strong Senate record and the bipartisan House and Senate resolutions he backed as a candidate – is powerfully positioned to reject Turkey’s gag-rule, locking in permanent US government-wide condemnation and commemoration of the Armenian Genocide,” said ANCA Executive Director Aram Hamparian.

Hellenic American Leadership Council Executive Director Endy Zemenides concurred. “The Biden Administration has fortunately started on the right foot and spoken to Turkey truthfully and bluntly. Yet the White House still needs to be truthful when it comes to the Armenian Genocide. President Biden’s record as a Senator and his statements as a candidate for the Presidency prove that he is aware of and committed to this truth. Now that he is the boss, the end of Turkey’s gag rule should be a no-brainer,” stated Zemenides.

Senator Menendez has led a decades-long fight to ensure proper recognition of the Armenian Genocide as part of a US foreign policy that reflects appropriate understanding and sensitivity concerning issues related to human rights, crimes against humanity, ethnic cleansing, and genocide. On December 12, 2019, the Senate unanimously passed a bi-partisan resolution (S.Res.150), led by Sen. Menendez and Sen. Cruz, affirming the historical facts of the Armenian Genocide, making clear that U.S. policy must reject efforts to deny the truth of this tragedy.  A similar resolution was adopted by the US House on October 29, 2019, by a near-unanimous vote of 405-11.

From 1915 to 1923, the Ottoman Empire systematically sought to eliminate the Armenian population, killing 1.5 million Armenians and driving hundreds of thousands more from their homeland. We join the Armenian community in the United States and around the world in honoring the memory of these victims, and we stand firmly against attempts to pretend that this intentional, organized effort to destroy the Armenian people was anything other than a genocide. You have correctly stated that American diplomacy and foreign policy must be rooted in our values, including respect for universal rights. Those values require us to acknowledge the truth and do what we can to prevent future genocides and other crimes against humanity.

As you said in your Armenian Genocide Remembrance Day statement last April, “It is particularly important to speak these words and commemorate this history at a moment when we are reminded daily of the power of truth, and of our shared responsibility to stand against hate — because silence is complicity.” Administrations of both parties have been silent on the truth of the Armenian Genocide. We urge you to break this pattern of complicity by officially recognizing that the Armenian Genocide was a genocide”.