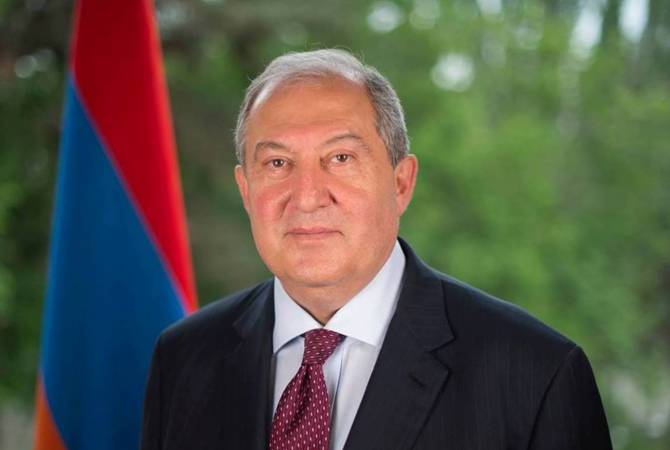 
YEREVAN, MARCH 1, ARMENPRESS. President Armen Sarkissian issued a statement regarding his objections on sacking the Chief of the General Staff of the Armed Forces General Onik Gasparyan as requested by the Prime Minister Nikol Pashinyan.

“The fact that the President of the Republic returned the draft decree with objections is inadmissibly being manipulated and has received an inadequate reaction. On this occasion we are once again stressing that the President of the Republic is executing his functions solely through the powers vested in him by the Constitution, unbiased and is making decisions guided exclusively by pan-national and state interests,” Sarkissian’s Office said in a statement.

It said that the President does not represent the interests of any political force and any manipulations are inadmissible and unacceptable.

“The most important mission of the President, as Head of State, is to ensure that the Constitution is being maintained and to serve the institute of the President as an arena for negotiations and finding ways for resolving the situation in the country. The President of the Republic has numerously offered and is reaffirming his readiness to bring together political forces around the table of negotiations with the purpose of settling disagreements and finding mutually acceptable solutions. The President returned with objections the draft decree on dismissing from office the Chief of the General Staff of the Armed Forces Colonel-General Onik Gasparyan by exercising his powers under clause 2, article 139 of the Constitution.”

The President also cited the Constitutional Court’s decision 1518 dated March 31, 2020, which enshrines that the President has alternative “discretionary” powers in appointing and dismissing the high command of the military.