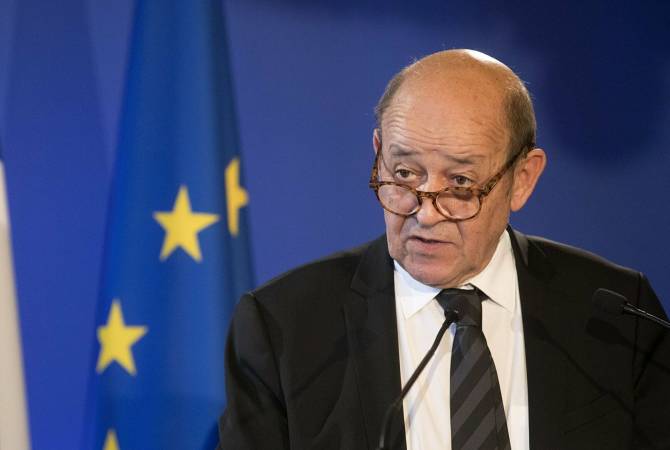 ''France advocates  dialogue based on the legitimacy of the Prime Minister and the President… for ensuring calm situation in the country which is living difficult period’’, Jean-Yves Le Drian said in a brieifing with his Ukrainian counterpart.

On February 25 the General Staff of the Armenian Forces of Armenia issued a statement, demanding the resignation of Prime Minister Nikol Pashinyan and his Cabinet.

In his turn Pashinyan commented on the statement, calling it as a “military coup attempt”. He invited all his supporters to the Republic Square to discuss the ongoing developments. The meeting was followed by a march across Yerevan.

In turn the opposition also held a rally in the Freedom Square. Thereafter, they moved to the Parliament’s building and blocked the traffic in the Baghramyan street.