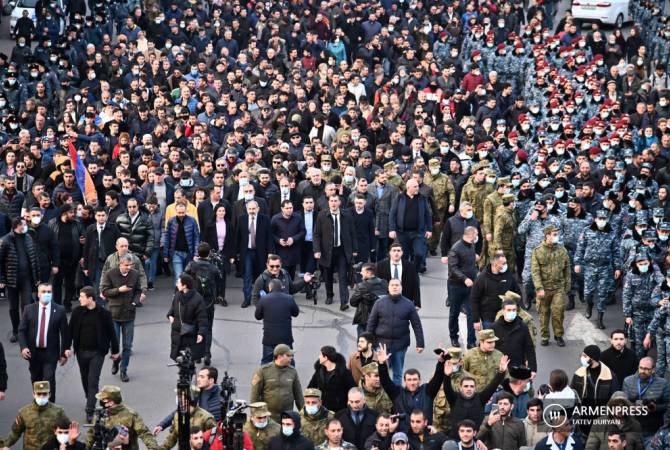 
YEREVAN, FEBRUARY 25, ARMENPRESS.  The rally led by Prime Minister of Armenia NIkol Pashinyan ended at Garegin Nzdeh Square. ARMENPRESS reports, addressing his supporters, Pashinyan noted that today they implemented their mission, recording the position of tens of thousands of citizens.

‘’The position is the following – I think the President of the Republic should sign the decree of releasing the Chief of the General Staff of the post, or Onik Gasparyan should himself submit a resignation letter.

Second, we stop our rallies from this moment and suggest that our opposition partners should also do so. We invite the representatives of political forces to hold discussions on the future. The decision on future activities must be made, considering the opinion of the people.

Now I will go to the Government, will hold some consultations and will make necessary decisions. Our slogan is the following – ‘’Velvet is gone’’, Pashinyan said.

At the end of the rally Pashinyan urged to once again respect the memories of the fallen soldiers with a minute of silence.