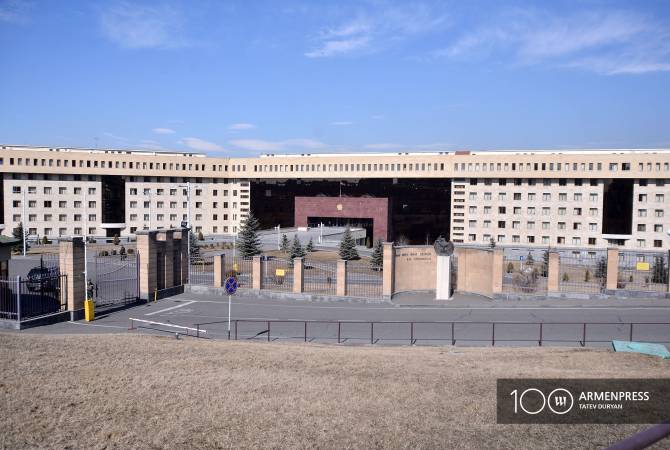 
YEREVAN, FEBRUARY 25, ARMENPRESS. The top brass of the Armenian military is demanding the resignation of Prime Minister Nikol Pashinyan and his Cabinet.

The General Staff of the Armenian Armed Forces issued a statement on February 25, expressing strong disapproval of Pashinyan’s sacking of Tiran Khacharyan, the First Deputy Chief of the General Staff.

The statement, signed by the Chief of General Staff, his deputies, and over 3 dozen top military commanders, said that “the prime minister and the government are no longer able to make reasonable decisions.”

“For a long time, the Armenian Armed Forces were patiently tolerating the “attacks” by the incumbent government aimed at defaming the armed forces, but everything has its limits.” The general staff added that the government’s “ineffective” administration and “serious mistakes in foreign policy” have led the country to the verge of destruction.

“The army has always been with the people, just like the people are with the army," it added.