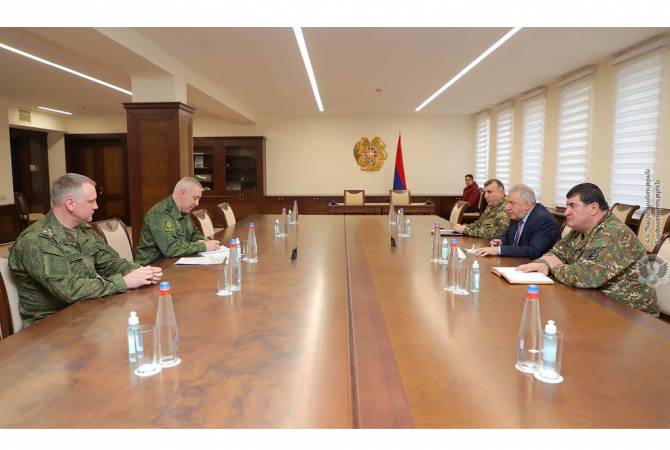 Vagharshak Harutyunyan thanked Lieutenant-General Rustam Muradov for his active role in the exchange process of prisoners of war, as well as for assisting the search operations for missing in action, highlighting the efficiency of the operation of the Russian peacekeeping forces.

During the meeting the Armenian defense minister also touched upon a number of issues of the mutual partnership and presented his views to Mr. Muradov in this context. He emphasized the necessity to continue the current steps aimed at fulfilling the agreements reached.