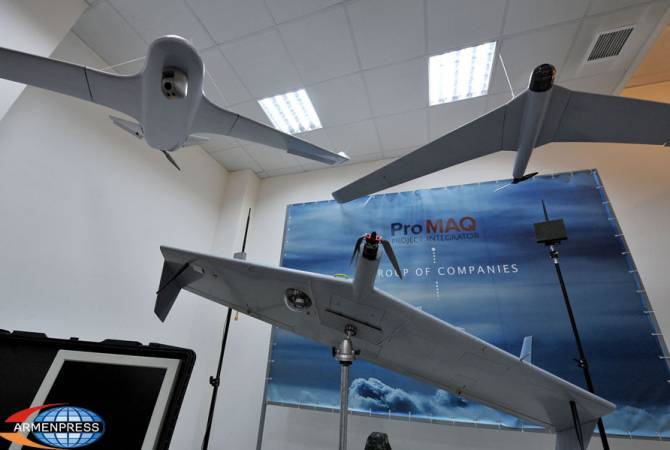 Arshakyan reminded that the government has recognized the defense industry as a priority.

Speaking about artillery equipment and the capacity of manufacturing ammunitions, he said: “The possibilities that were created, will be able to fully meet our domestic military demand in Armenia already this year. I am referring to artillery measures, mortars, grenade launchers and other directions. Rather serious investments were made in Armenia. And in this regard we already have an industrial process and the opportunity for expanding it in 2021.”

Arshakyan said there were dozens of funded projects for the development of combat and recon UAVs as part of scientific-research programs. “A part of them are now reaching their logical completion. We are already achieving industrial capabilities in terms of both strike and reconnaissance drones. Reconnaissance UAVs that are not lagging behind parameter-wise from similar drones can already be manufactured in Armenia,” he said, adding that these Armenian-made drones have been widely used by the Armenian military in the Artsakh war.

He said the loitering munitions are successfully passing the state testing in some cases and the process will be followed by military tests.

Arshakyan said Armenian-developed radar technologies used in air defense equipment have also been successfully used. “In this direction we will continue funding – radar systems, communication systems, optical and surveillance, laser systems. In terms of optical surveillance systems we also have rather serious developments, and already industrial capacity, soon we will expand this and greater opportunities will be created both in terms of our military supplies and exports,” he said.