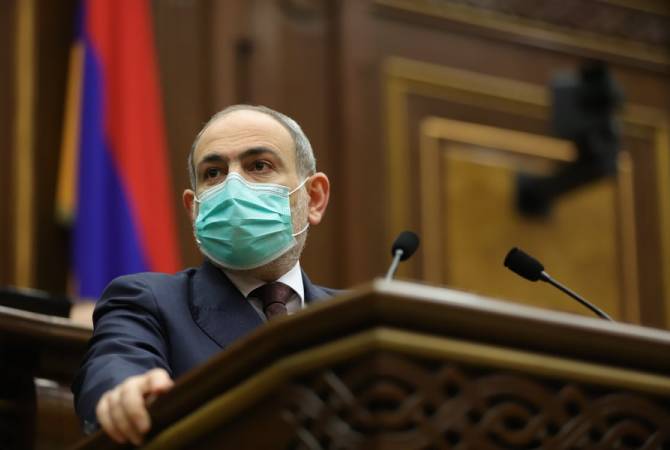 Speaking in parliament during a Q&A, he told lawmakers that they should show the stamps to the international community at different platforms.

“The issuance of this stamp is unacceptable. The Azeri leadership is lately often speaking about so-called Armenian “fascism”, but it is obvious that we are seeing manifestations of fascism in Azerbaijan, because as far as we know similar stamps existed only in Nazi Germany. Parliamentary diplomacy also has a role here, these stamps should be presented in international platforms,” Pashinyan said when asked about the matter by MP Gor Gevorgyan.

Pashinyan noted that the 2020 Artsakh War has brought its aftershocks, and their objective is to manage this situation.

The illustration accompanying the postage stamps which focus on COVID-19 medics and soldiers issued in Azerbaijan show a hazmat medic standing over an Azeri map and spraying disinfectant onto Nagorno Karabakh – a deplorable anti-Armenian propaganda trying to depict the population there as a virus.

This propaganda was also condemned by the Armenian Human Rights Defender.