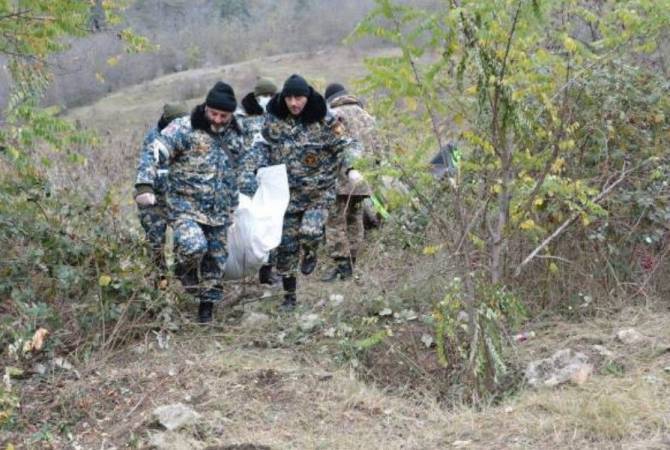 According to Hunan Tadevosyan, a spokesperson for the Artsakh State Service of Emergency Situations, the bodies were found in Hadrut and Jabrayil, as well as the territory which was formerly part of the Davit Bek village of Syunik province of Armenia, but is now under Azeri control.

The civilian’s body was identified by family members.

So far the search and rescue teams have found the remains of 1246 servicemen and civilians who were killed in the war.