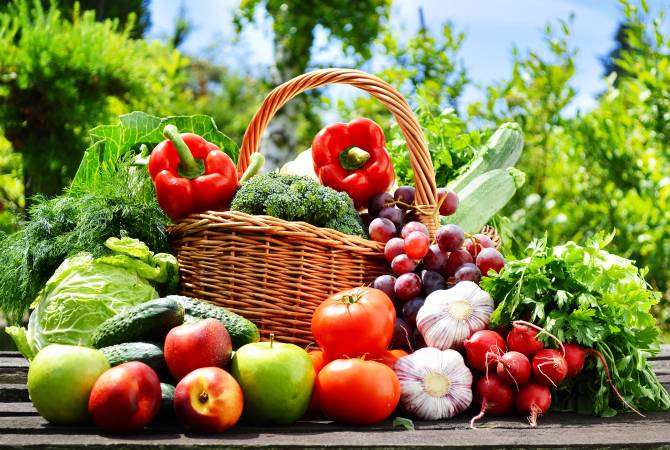 
YEREVAN, JANUARY 18, ARMENPRESS. Despite the challenges in 2020, Armenia was able to successfully carry out agricultural exports, and even exported 3000 tons more fruits and vegetables than in 2019, according to the Deputy Minister of Economy Arman Khojoyan.

Khojoyan said that over 145,500 tons of fresh fruits and vegetables were exported from Armenia in 2020, the year which saw the COVID-19 pandemic and the second Nagorno Karabakh War. Khojoyan says they had to work very flexibly to maximally speedily assess all problems and swiftly give solutions. He said he is very happy that despite all the difficulties and challenges the exports levels grew.

Moreover, according to the ministry’s data around 12,000 tons more fruits and vegetables were processed in 2020, totaling 98,000 tons. Grapes aren’t included in this number since an unprecedented large number was recorded. Harvest was on an average 25-30% more than in previous years.

“In 2020 over 48% growth in exports of agricultural products was recorded,” the Deputy Minister said.

Most affected types of exports are wine and brandy. Wine exports dropped 27-28%, while brandy exports decreased 20%.

Khojoyan says the COVID-19 pandemic and other difficulties made them research new potential markets, with countries in the Middle East under the spotlight. He said they are now presenting exporters the results of their studies on the potential of these markets. The ministry is also easing the required paperwork for the businessmen willing to start activities in these directions.