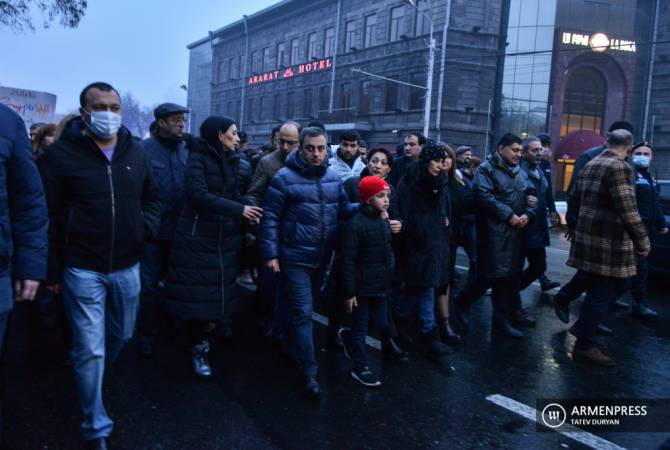 
YEREVAN, DECEMBER 16, YEREVAN. The ‘’Fatherland Salvation Movement’’ comprised of parliamentary and extra-parliamentary opposition forces has declared a pan-Armenian strike on December 22, ARMENPRESS reports representative of the Supreme Body of the ARF-Dashnaktsutyun Ishkhan Saghatelyan said during the rally.

“On Tuesday starting from 12:00 we declare strike all over Armenia. We all gather at the Republican Square at 12:00. The entire square must be paralyzed. We declare Tuesday as the most decisive moment of our struggle’’, Saghatelyan said.

Manukyan was the President of the Public Council from 2009 to 2019.