Armenia and Azerbaijan to hold negotiations over state border 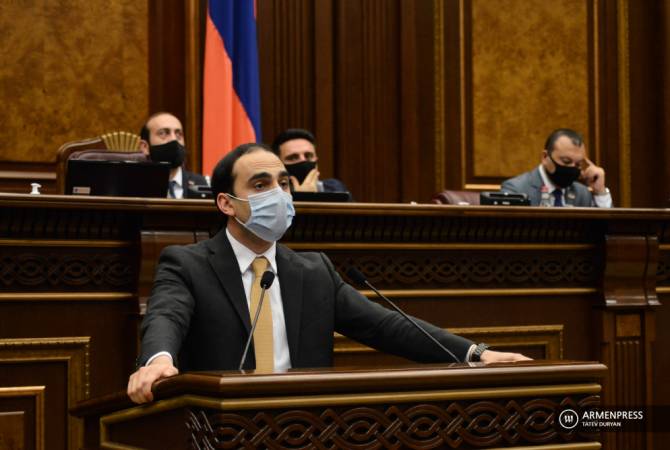 
YEREVAN, DECEMBER 9, ARMENPRESS. Armenia and Azerbaijan will hold Russia-mediated negotiations on fixing the border between them, Deputy PM of Armenia Tigran Avinyan told lawmakers in parliament when asked on the demarcation process in the Syunik province after the Artsakh war.

Avinyan assured that the Republic of Armenia has not ceded territory.

He said the government is now preparing legal documents regarding the entire length of the border for upcoming negotiations with Azerbaijan that will likely take place this year under Russian mediation.

“As of this moment I can say that the legal border, as such, between the Republic of Armenia and Azerbaijan isn’t finally recorded. And we have brought to light all legal documents and maps which will be the basis for these negotiations, and negotiations with this agenda will take place within the next weeks,” Avinyan said.

Regarding the deployment of the military, Avinyan said as of this moment the Armenian military is deployed near the Tegh village in different positions, and he noted that the final deployments will happen after agreements and negotiations.

“I want to assure that from this side of the border of Armenia, in our side nothing was ceded and nothing can be ceded. Nevertheless, I’d like to clarify that the legal border, as such, should be adopted by both sides in the form of a final document as result of negotiations,” he said.