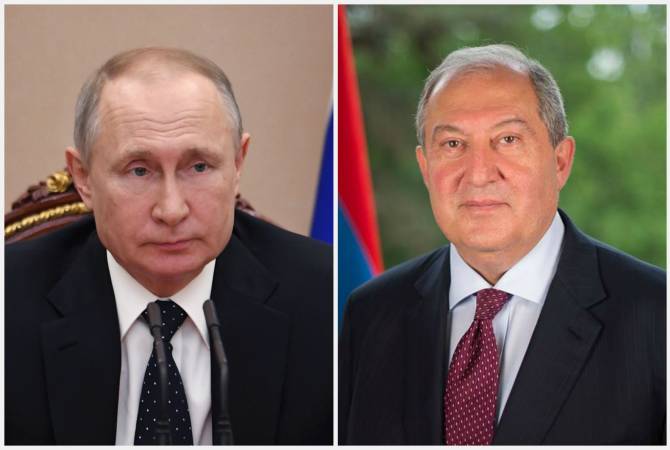 
YEREVAN, DECEMBER 8, ARMENPRESS. President of Armenia Armen Sarkissian sent a letter to Russian President Vladimir Putin, asking him to support in the demarcation process between Armenia and Azerbaijan.

As ARMENPRESS was informed from the press service of the President’s Office, Armen Sarkissian once again thanked the Russian President for the efforts to stop bloodshed in Nagorno Karabakh and establishment of the ceasefire, allowing to avoid new casualties and tragedies.

At the same time, the President of Armenia noted that, unfortunately, there is still a potential danger of new disputes between the parties in connection with the demarcation issue.

Given the exceptional importance and urgency of the issue, President Sarkissian asked the Russian President to assist in completing the demarcation process between Armenia and Azerbaijan in order to exclude further tensions and negative developments.