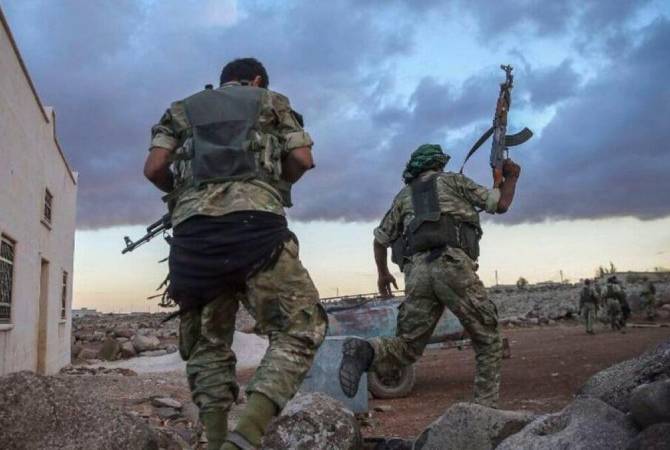 “Turkey as the main instigator and inspirer of the Azerbaijani aggression against the people of Artsakh today as well continues running a destructive policy for the region. This obliges the international community to take all possible actions to force Turkey to refrain from any activities which could further escalate the tension. Turkey should withdraw the staff of its armed forces and the armed terrorist groups from the Nagorno Karabakh conflict zone and the South Caucasus in general”, the Armenian FM said during a joint press conference with Russian Foreign Minister Sergei Lavrov in Moscow.

The Armenian FM said there are still no concrete signs of the withdrawal of the foreign armed terrorists.

“Quite the contrary, there are confirmed reports that Azerbaijan is planning to expand the geography of spreading armed terrorists and mercenaries and populate the occupied regions of Artsakh with them”, Ara Aivazian said.

Azerbaijan has unleashed a large-scale war against Artsakh from September 27 to November 10 with the direct support and participation of Turkey and foreign mercenary-terrorists.

Edited and Translated by Aneta Harutyunyan