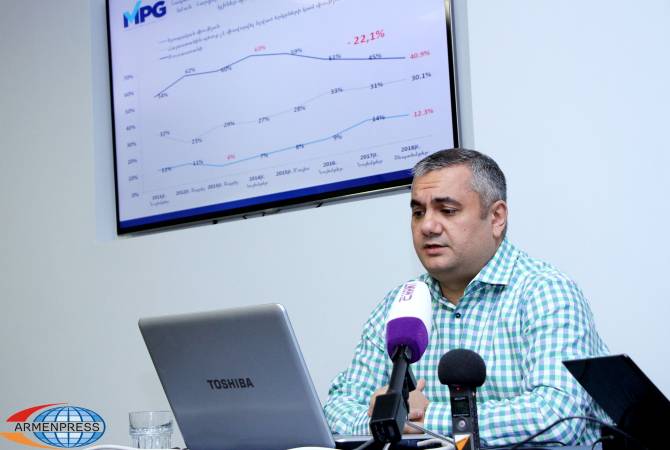 
YEREVAN, DECEMBER 4, ARMENPRESS. Armenians find Turkey to be a greater threat than Azerbaijan for the security of Armenia, a survey showed.

“We’ve asked citizens what country or countries pose a threat to the security of the Republic of Armenia. 86,5% said Turkey, 70,9% said Azerbaijan,” Arman Navasardyan, the Director of MPG LLC -  a full member of GALLUP International Association in Armenia told a news conference on December 4.

He said that very few respondents mentioned other countries.