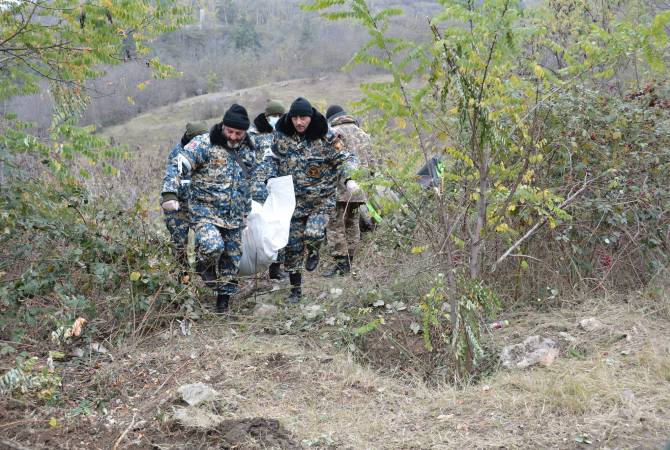 He said that so far they have found 655 bodies. The bodies were handed over to the bereaved families, he said.

“Search operations continued in the Hadrut region on December 1, but the rescuers haven’t yet entered the town of Hadrut. 19 bodies were discovered in that region. Search operations nearby Hadrut are ongoing,” Tadevosyan said.

The rescuers of the State Service of Emergency Situations haven’t yet reached the areas of Zangelan, Fizuli, Jebrayil and south of Hadrut, but Tadevosyan says there is positive movement in the talks between the ICRC and Azerbaijan.

Meanwhile, the ICRC Armenia spokesperson Zara Amatuni said the sides of the conflict are the ones who decide when and where to implement search operations, while the ICRC is a mediator and an assisting side in that issue.

“Yes, the ICRC has an assisting role, but we can’t explain or comment on why the sides have taken any given decision. The work is ongoing, and every day the search operations take place, it hasn’t stopped,” she said.