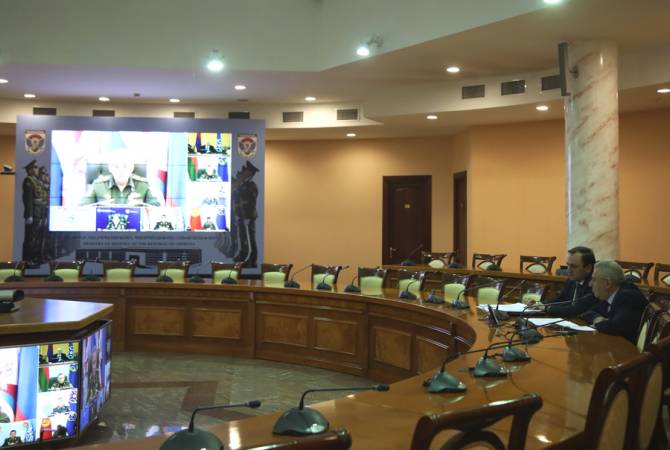 
YEREVAN, DECEMBER 1, ARMENPRESS. The session of the Council of Defense Ministers of the CSTO member states was held in a video conference mode on December 1.

During the session the defense ministers exchanged views on international and regional security issues in the CSTO collective security regions.

Armenia’s defense minister briefed his colleagues on the situation in Nagorno Karabakh, specifically stressing the issue of significant cut in timetables of implementation mechanisms of crisis response in the CSTO member states. He highlighted Russia’s efforts aimed at stabilizing the military-political situation in the region, the process and efficiency of the Russian peacekeeping mission in Karabakh, the humanitarian activity, the works on returning the captured citizens, searching for the bodies of the dead and missing in action.

The defense ministers approved the decision of the CSTO collective security council on 2021-2025 military cooperation development plan of the CSTO states.

Other agenda issues were discussed during the session.

The next session is expected to take place in the first half of 2021 in Tajikistan.