More than 55,000 residents of Artsakh already back home – government says 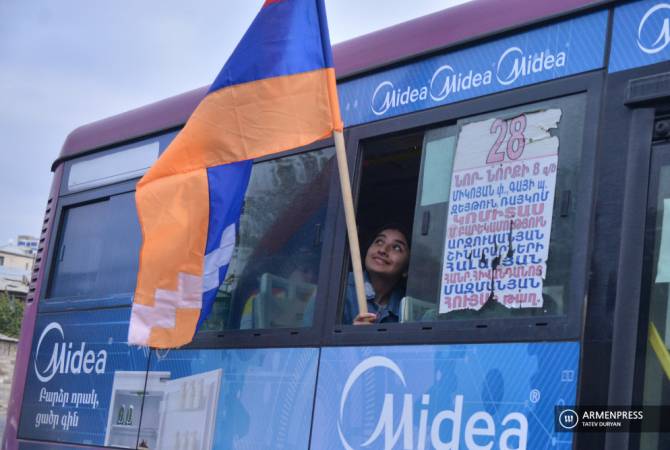 
STEPANAKERT, NOVEMBER 30, ARMENPRESS. More than 55,000 residents of Artsakh who had evacuated due to the war have returned to their homes as of November 30, the Minister of Territorial Administration and Development of Artsakh Zhirayr Mirzoyan told ARMENPRESS.

Earlier today the Russian military said that more than 23,000 people have returned to Artsakh. Asked to clarify, Mirzoyan said these 23000 are the residents whom the peacekeepers have recorded and this number is included in the 55,000. He said the 23000 residents were escorted by the Russian peacekeepers through the Goris-Berdzor-Stepanakert road.

“Many others had returned on their own before the Vardenis-Karvajar road was shut down. Russian peacekeepers weren’t deployed here at that time. Therefore those returning weren’t registered,” Mirzoyan said.

Speaking about the accommodation of the returning refugees, Mirzoyan said that all hotels and other buildings in Stepanakert are currently full. He said the government is renting village homes and providing them to residents who were forced to move from territories that have come under Azeri control.

Reporting by Van Novikov; Editing and Translating by Stepan Kocharyan