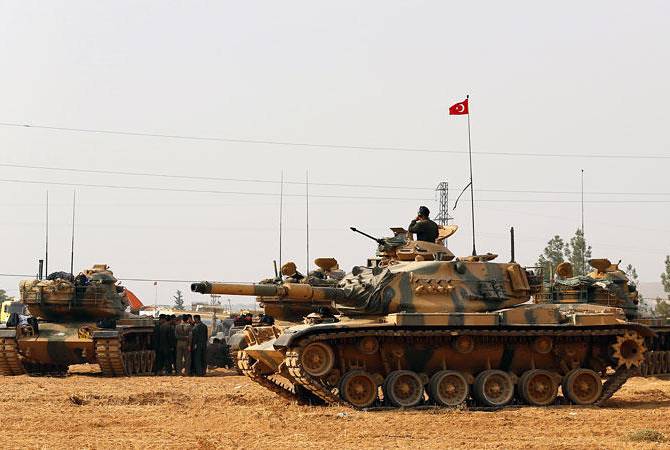 
YEREVAN, NOVEMBER 21, ARMENPRESS. The German Left Party and the Green Party have submitted a bill to the Bundestag, proposing to impose an arms embargo on Turkey for its militaristic policy and human rights violations in the Eastern Mediterranean, Nagorno Karabakh, Libya and Syria, Deutsche Welle reports.

The proposal has been sent to the Federal Council on November 20. It’s expected to enter into the agenda of the Council for discussion in coming weeks. The bill proposes to suspend the export of all types of military equipment, weapons to Turkey, as well as to cancel the previously adopted contracts on export.

The parties stated that Ankara seeks to have modern weapons systems, aims at building a big and independence military industry. They noted that Turkey should not be provided with such an opportunity because it can lead to further destabilization of the situation in the region and serious consequences for the European countries.

According to Deutsche Welle, in 2018-2019 33 exports of military equipment were carried out to Turkey. German companies have sold military equipment and materials to Turkey worth nearly 12 million 800 thousand Euros, as a result of which Ankara managed to create a large butch of UAVs.

The party also stated that Greece has already proposed the EU to impose an arms embargo on Turkey, but that proposal was vetoed by Hungary, Germany, Italy, Spain and Malta.

Reporting by Sedrak Sargsyan; Editing and Translating by Aneta Harutyunyan