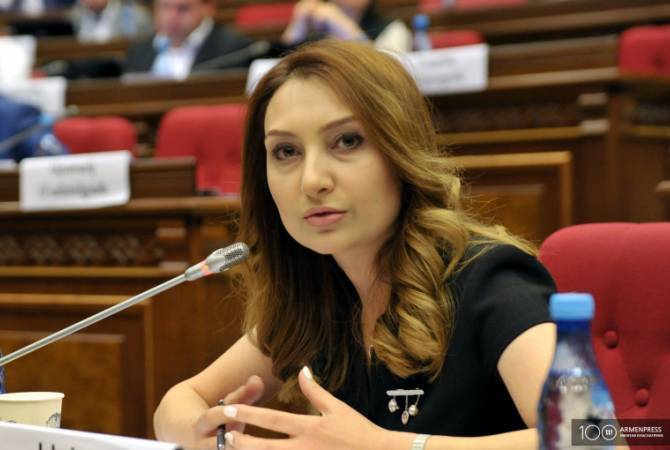 
YEREVAN, NOVEMBER 17, ARMENPRESS. Parliament Majority Leader Lilit Makunts says the top priority for both the government and the society is the stabilization of the situation.

“I am calling for calmness, vigilance and soberness,” Makunts said in parliament in response to repeated calls from the opposition demanding the resignation of Prime Minister Nikol Pashinyan.

“The top priority task today should be stability, given the fact that the statement signed by the three states is a statement on ending the war,” she said, referring to the Karabakh armistice. “We are now in a very fragile condition and we should find solutions together. Having a mandate, keeping a mandate is very difficult because we are a part of our people and we ourselves have difficult emotions from our own failure,” Makunts said.

She didn’t rule out political changes. “As a government, we have our guilt and share of responsibility for the 2,5 years. But by running passions high at this phase, when our officials are engaged in very important negotiations, important processes are taking place over Artsakh, we don’t anyhow display our patriotism.”