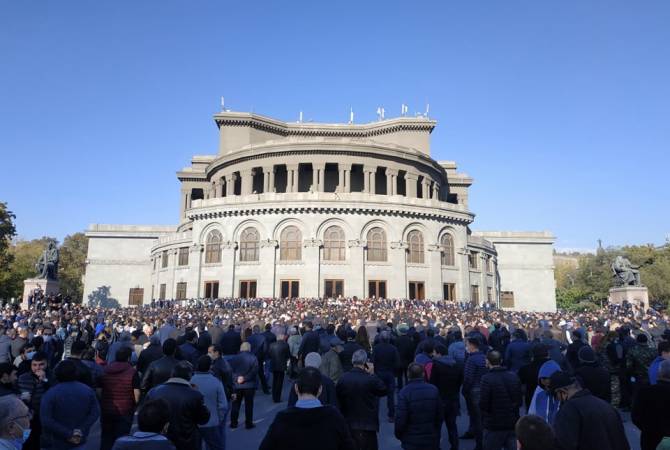 
YEREVAN, NOVEMBER 11, ARMENPRESS. Hundreds of protesters, including opposition lawmakers and politicians from both parliamentary and non-parliamentary political parties, who gathered at Yerevan’s Freedom Square despite the martial law prohibiting public assemblies, have termed their demands: they seek the resignation of Prime Minister Nikol Pashinyan because of the conditions of the Karabakh armistice. The demonstrators say the PM’s resignation is the only solution to the current situation.

Dozens of demonstrators are detained by police. Republican Party member, former Vice Speaker of Parliament Eduard Sharmazanov is among them.