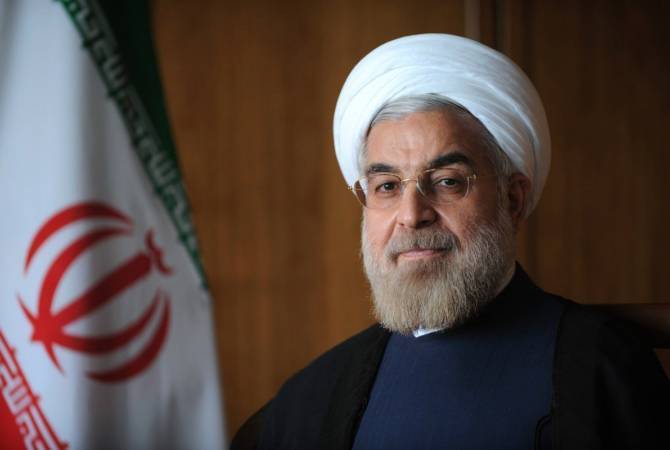 
YEREVAN, NOVEMBER 10, ARMENPRESS. President of the Islamic Republic of Iran Hassan Rouhani expressed satisfaction for the adoption of the declaration of ending the war in Nagorno Karabakh, ARMENPRESS reports, citing the press service of the Iranian President, Rouhani said at the summit of Shanghai cooperation organization.

''Being the neighbor of both the Republic of Armenia and the Azerbaijani Republic and considering our numerous historical similarities with the regional peoples, the Islamic Republic of Iran expresses satisfaction over the decision made by the leaders of the two countries mediated by Russia to end the military operations and start the process of diplomatic settlement’', the President of Iran said.

Hassan Rouhani hoped that the two countries will be able to solve their disputes peacefully and in the sidelines of the international law.

''For that goal Iran presents a peaceful plan of establishing ceasefire and peace, as well as holds intensive talks with the conflicting sides and other interested countries and we will spare no efforts for de-escalating the tensions and establishing stable and fair security in that region for the sake of stability and peace'', Hassan Rouhani said.