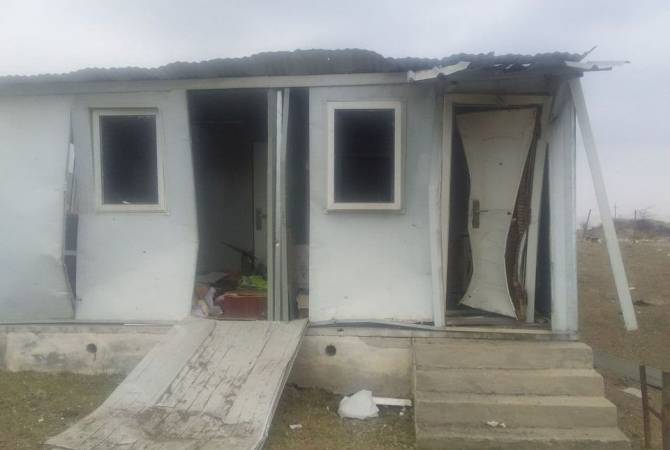 
YEREVAN, NOVEMBER 6, ARMENPRESS. Archaeological camp of Artsakh’s Tigranakert town has been significantly damaged by a targeted Azerbaijani strike. Two of the four cottages have been destroyed, the others have been damaged, Tigranakert’s expedition leader Hamlet Petrosyan told ARMENPRESS.

Days ago someone had seen this atrocity and informed Petrosyan. Later a group of volunteers that tries to examine the situation of the monuments of Artsakh, visited the place and saw that the bomb had landed near the cottages, destroying two and damaging the other two cottages.