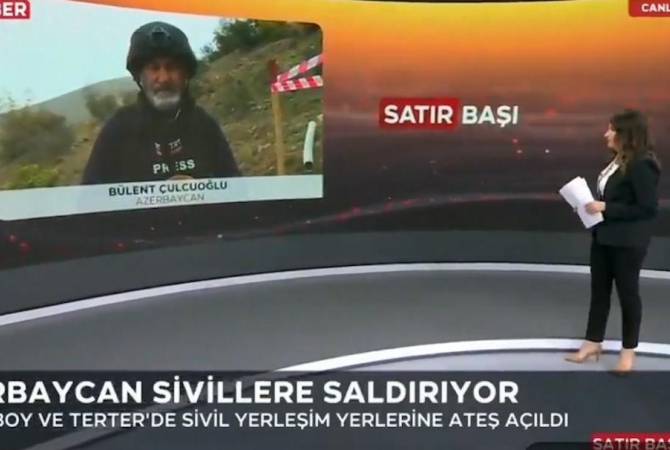 
YEREVAN, NOVEMBER 6, ARMENPRESS. Turkey’s national public broadcaster TRT has unsurprisingly fired the journalist who was the author of the “Azerbaijan attacks the peaceful population” headline.

Mehmet Karaca, en editor at TRT, apologized for what he called “this negligent step of mine caused trouble for my television company.”

On November 5, while broadcasting a live report on the Azerbaijani attacks on Artsakh, TRT presented the “Azerbaijan attacks the peaceful population” headline.

Since Turkey is a staunch supporter of Azerbaijan in its attacks on Artsakh, they are also engaged in heavy disinformation campaigns trying to conceal the truth from the public and speaking the truth is unacceptable. Therefore, the headline – despite not containing any false information, was deemed to be a blunder and even caused much discussion online and in the press. Some Turkish viewers even went as far as calling it TRT’s “latest embarrassment”.

Meanwhile, the Azerbaijani forces continue intense bombardments of towns and cities in Artsakh. Overnight November 5-6, Stepanakert City and the town of Shushi were heavily bombarded, with 3 civilian killed in the capital.

Reporting by Sedrak Sargsyan; Editing and Translating by Stepan Kocharyan