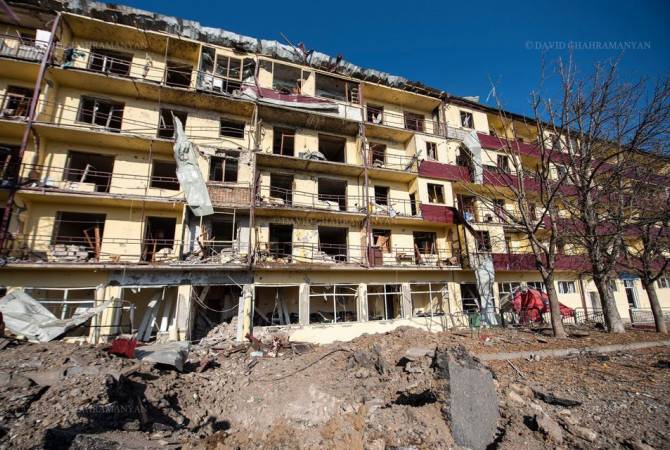 
STEPANAKERT, OCTOBER 30, ARMENPRESS. The “relatively calm” situation in the peaceful settlements of Artsakh was so far maintained on October 30, the Artsakh State Service of Emergency Situation said, a day after several towns and cities were heavily bombed by the Azerbaijani military.

On October 29, the Azerbaijani military resumed bombarding Stepanakert City, destroying residential areas. The capital of Artsakh was again hit at midday with missiles. Then, the town of Shushi came under fire, causing civilian casualties. The Azeri military used air strikes to bomb the towns of Askeran, Martakert and Martuni.