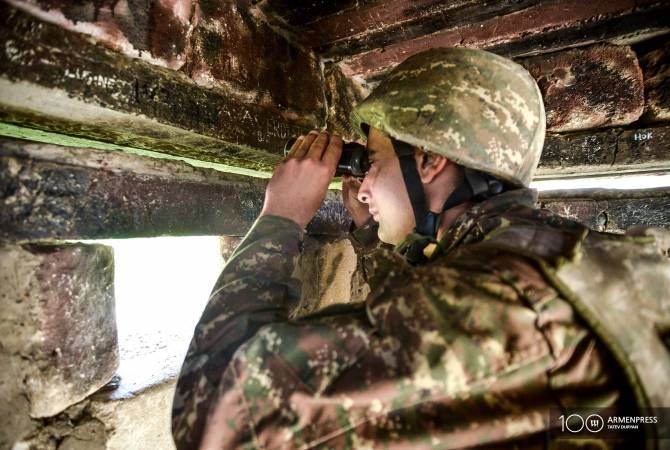 
YEREVAN, OCTOBER 29, ARMENPRESS. There are movements and gatherings along the entire Armenia-Azerbaijan border, but the situation is calm, ARMENPRESS reports representative of the MoD Armenia Artsrun Hovhannisyan said in a press conference, referring to the statement of the U.S. Embassy, urging its citizens not to visit to some regions of Armenia.

Earlier today the U.S. Embassy in Armenia had warned its citizens not to travel to some regions of Armenia.

Tavush province east of the M4 and M16 Highways north of the Dilijan National Park and up to the border with Georgia.

Gegharkunik province east and south of Lake Sevan and east of the M10 Highway.

All of Ararat, Vayots Dzor, and Syunik provinces'', reads the statement.