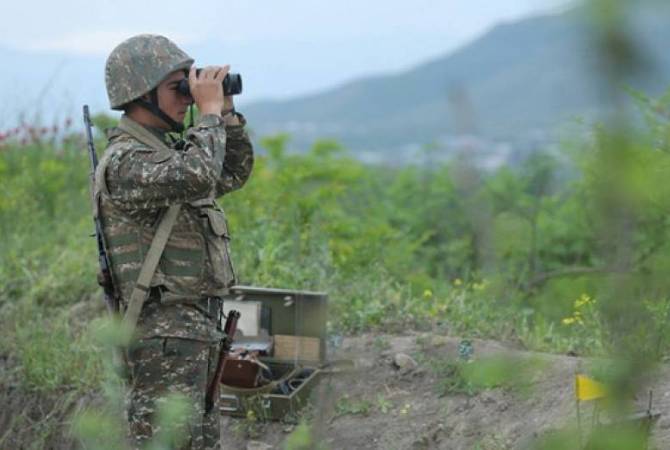 
YEREVAN, OCTOBER 29, ARMENPRESS. Artsakh’s forces have improved the military positions in Berdzor-Aras River direction, ARMENPRESS reports representative of the MoD Armenia Artsrun Hovhannisyan said in a press conference, noting that during the day the clashes continued along the front line but not very intensively.

‘’First, in Berdzor-Aras River direction our troops were able to improve positions. Besides, like we had mentioned before, the military operations against subversive groups in the villages of Martuni and Askeran regions of Artsakh continue, mainly nearby small settlements in forest areas. Today those operations took place in the territories of Avetaranots and Sghnakh villages, in the nearby hills and forests'', he said.

Hovhannisyan added that the bombing of various settlements of Artsakh continued during the day.