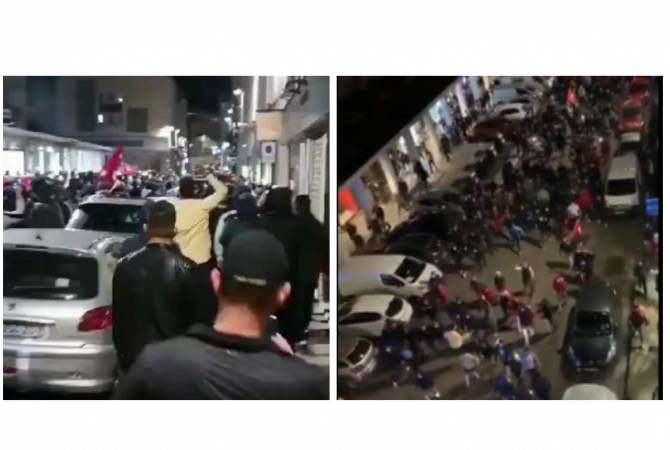 
YEREVAN, OCTOBER 29, ARMENPRESS. A mob of hundreds of Turkish nationalists took to the streets overnight in Lyon, France searching for Armenians and chanting death threats. The incident follows the attack on a peaceful Armenian demonstration earlier on October 28.

A Lyon citizen, Natali Bianco, said on social media that the Turkish mob was armed with baseball bats, pipes and other improvised weapons. “In just a few minutes we saw how hundreds of Turkish young people were causing chaos in the city center, waving flags, baseball bats, pipes and smoke. They stormed into the city center chanting “death to Armenians”, “Allah Akbar”, and other slogans. They were obviously looking to start a fight and were threatening passersby who were daring to even look at them.”

Many of them were gesturing the sign of the Grey Wolves, the Turkish ultranationalist organization. Police were dispatched to the scene. The eyewitness said she was “shocked” from the half-hour long “war”.