Most of Syrian mercenaries refuse to depart for Azerbaijan – SOHR 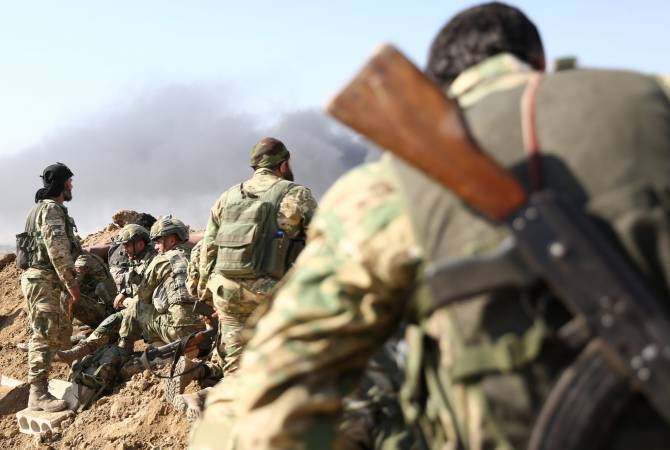 
YEREVAN, OCTOBER 28, ARMENPRESS. According to the Syrian Observatory for Human Rights (SOHR), the Turkish government has recruited 300 more Syrian mercenaries for sending them to Azerbaijan to fight against Nagorno Karabakh, however, the SOHR says that some difficulties have already emerged in their recruitment process.

“The mercenaries are facing difficulties in Azerbaijan, despite the great temptation to go there. The Syrian Observatory for Human Rights continues following the transportation of mercenaries by the Turkish government to Azerbaijan where in recent days 300 more mercenaries have arrived.

Turkey has difficulties in terms of deploying them in the war in Nagorno Karabakh: most of the militants refuse to fight as they understand that they will find themselves in a difficult condition there”, the SOHR said in a statement.

It states that at least 2350 mercenaries have been deployed in Azerbaijan for taking part in the battles in the Nagorno Karabakh conflict zone, of which 320 have returned, refusing from everything, including their salary.