One civilian killed, two wounded in Azeri missile strikes at towns and cities in Artsakh 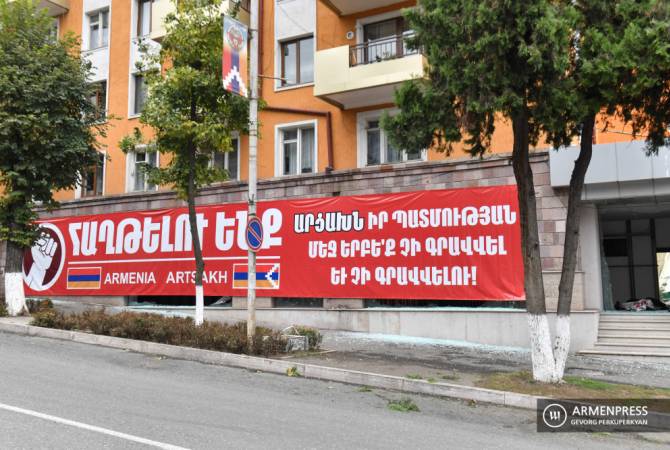 
STEPANAKERT, OCTOBER 28, ARMENPRESS. The Azerbaijani military again bombarded the city of Stepanakert and the town of Shushi in Artsakh on October 28.

The State Service of Emergency Situations of Artsakh told ARMENPRESS that the Azeri military used the Smerch heavy multiple rocket launcher in the attack, killing one civilian and wounding two others in Shushi.

“The air raid sirens are currently activated," the service said.