Artsakh will remain standing because our spirit is unbreakable, our will is unshakable – Pashinyan | ARMENPRESS Armenian News Agency

Artsakh will remain standing because our spirit is unbreakable, our will is unshakable – Pashinyan 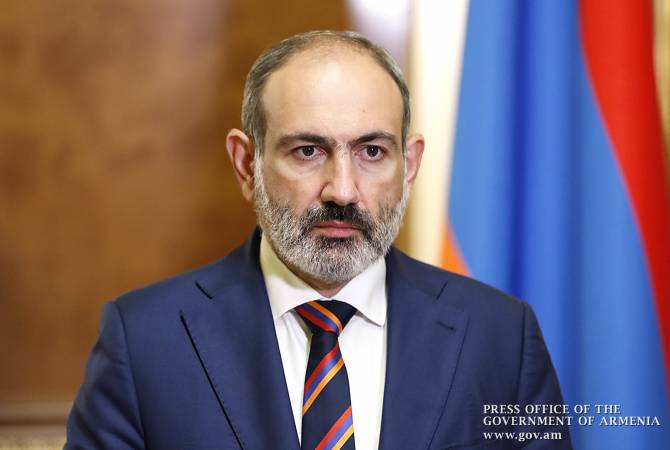 Proud citizens of the Republic of Armenia,

Proud citizens of the Republic of Artsakh, proud Armenians of the Diaspora,

It's already a month that the Turkish-Azerbaijani-terrorist forces are waging war against Artsakh and Armenians.

Thousands of bombs, rockets and drones fell like a rain on Artsakh's army and the civilian population.

A month ago they had plans of destroying and bringing Artsakh to the knees quickly.

But today Artsakh is standing, even though wounded, and this is first of all due to our heroic army, our heroic people, our heroic individuals.

This cruel but heroic process gives us confidence. Artsakh will stand because our spirit is unbreakable, our will is unshakable.

The war has entered a phase when every second of its continuation makes the adversary skid, who treacherously violates the ceasefire every time, destroying his illusions.

The Azerbaijani military-political leadership has nourished its own public with news of victory so much that they have been waiting for the news of the fall of Artsakh every day, every minute and second, for their final and irreversible victory.

The people of Artsakh, the Armenian people, all the Armenians will fight relentlessly, for each tree, each stone, each centimeter and each millimeter and the counter-blow inflicted at the proper moment will have devastating effect for the adversary.

For solving the mentioned issues we need exceptional national consolidation and discipline. Martial law must operate unconditionally and without discussion, especially in combat conditions. Those who do not comply with military commands, those who hesitate to carry out the commands must be severely punished, held accountable and also be subjected to public dispraise.

Nothing should become an excuse for them, because the fate of the homeland and the people is at stake and we cannot allow the loss of Artsakh or the eviction of Armenians.

I know that my yesterday's speech caused many contradictory assessments. Frankly speaking, it may seem strange but I am happy for that. That speech had two goals – show the international community the constructiveness of the Armenian sides, and also the determination of the Armenian people in the context of relentless struggle for the rights of Artsakh.

Both tasks have been fully solved, in a little strange manner, but quite effectively. I want to thank all of you for your determination.

Our task now is to shift the energy resulted by my yesterday's speech into a concrete move. Everyone for Artsakh, everything for Artsakh. This is the logic that should work these days.

These days, the whole system of public administration is working to eliminate organizational gaps, to make the actions of each unit more effective.

Our capacities are not endless, but Artsakh's Defense Army has enough weapons and potential for solving its tasks. Yes, we have many enemies in the world, but we also have friends, who stand with us during hard times. Grateful Armenian people will never forget that, will never forget.

This war must become for each of us an absolute and irreplaceable priority and we will win.

The understanding of Karabakh conflict has significantly changed in the world. The main international actors now accept and openly declare that Azerbaijan and Turkey are the aggressive side. The fight of terrorists and mercenaries from the Azerbaijani side is already a proven fact in the world.

This was possible including due to the correct diplomatic efforts and our public constructive highlights. They show that like in the past, Azerbaijan is not ready for compromise and this fact legitimizes the right of the Armenian people to fight to the end, win and enjoy the victory.

Let us agree that we will not be afraid of anything. We will not allow any internal or external force to sow doubt in our free and happy future. We will not be discouraged even from our mistakes, drawbacks, failures.

All these will not shift our above-mentioned strategy, because

We lost, we lost many times,

And saw the sneer of the lie,

But our will is stronger than stone,

Our spirit does not know how to surrender.

Armenian people, we are winners. Go and take your victory, shape your victory. Never doubt that the government you have elected has not deviated from its work and responsibility of showing you the way to this victory for any minute or second.

Long live the Republic of Armenia,

Long live the Republic of Artsakh,

And long live our children who will live in a free and happy Armenia,

free and happy in Artsakh. Thank you":