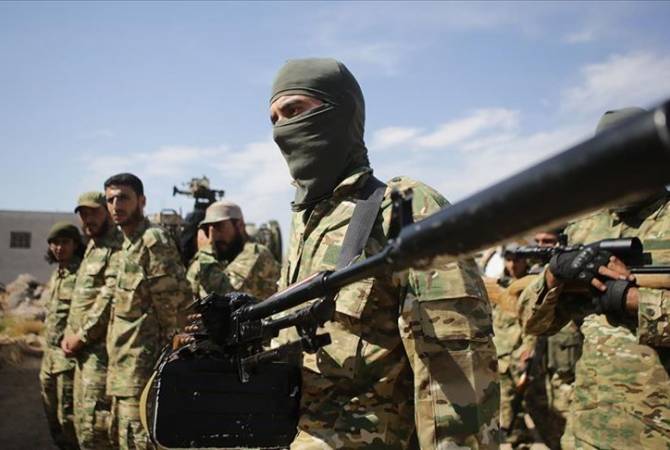 
YEREVAN, OCTOBER 27, ARMENPRESS. The servicemen of the Armed Forces of Syria have arrested pro-Turkish militants, who told during the interrogations about the participation of their groups in Nagorno Karabakh war and losses. ARMENPRESS reports prisoner Amin Imad Es-Saeed told Alhadas TV that he is a member of ''Sultan Murad'' organization and before that fought for the Free Syrian Army. He was trained in Afrin by Turkish commanders and received 350 Turkish Lira (50 USD) salary.

To the question about the participation of the members of ''Sultan Murad'' in Nagorno Karabakh war, Amin Imad Es-Saeed said that the militants are recruited from different organizations.

''Thousands of them are send to Azerbaijan from Turkey, the trip lasts 3 months and are paid 2000 USD, while the trip to Libya is paid 1500 USD, the trip lasts 6 months'', the Syrian mercenary said.

He also said that during the clashes with the Armenian side the militants have suffered serious losses.