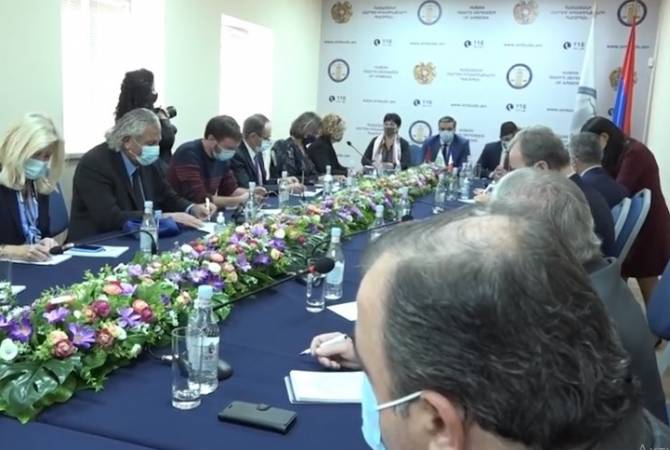 Ombudsman Tatoyan introduced the French parliamentarians on the actions being carried out by Azerbaijan against the sovereign territory of Armenia which are directed against civilians and non-military infrastructure. He stated that 2 civilians were killed and 2 wounded in Armenia, as well as several homes were damaged from the Azerbaijani actions. According to the data provided by the Office of the Ombudsman of Artsakh (Nagorno Karabakh), a total of 39 civilians were killed and 120 wounded from the Azerbaijani attacks.

“Targeting civilian population, applying banned weapons against them, involving mercenary-terrorists, the inhuman treatment of the Azerbaijani armed forces against the Armenian prisoners of war and Armenophobia show that there is a task to carry out ethnic cleansing in Artsakh with terrorist methods”, Arman Tatoyan said, presenting evidence proving its words.

He also touched upon the Azerbaijani targeting of journalists in Artsakh, calling this a crime against freedom of speech and a gross violation of international law.

The Armenian Ombudsman urged the French parliamentary delegation to personally visit Artsakh to meet with the Ombudsman and the civilian population, to record the destructions and atrocities carried out by the Azerbaijani armed forces.