Pashinyan expects reaction from USA over ceasefire violation by Azerbaijan 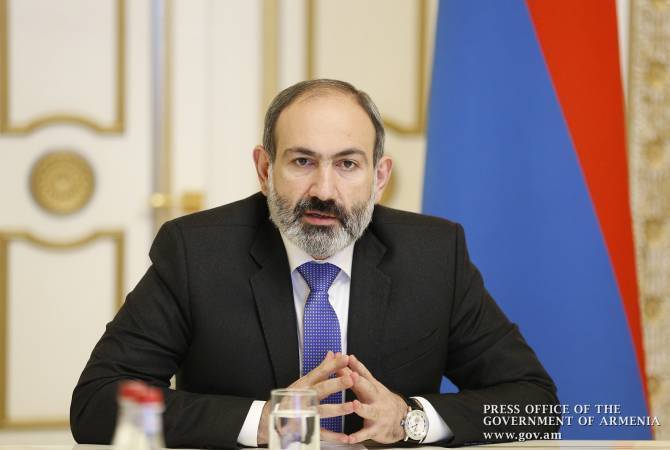 
YEREVAN, OCTOBER 26, ARMENPRESS. Prime Minister of Armenia Nikol Pashinyan expects that the USA will react to the ceasefire violation by Azerbaijan, pointing out the side that has violated the ceasefire with adequate consequences, ARMENPRESS reports PM Pashinyan said on October 26 in a Facebook Live.

''Now it's already clear that this time again it was impossible to respect the ceasefire. All should know that the Armenian side made all efforts for the preservation of the ceasefire. The Defense Army was extremely restrained from morning, but the ceasefire failed to be implemented. We don't know what will be the reaction of the U.S. President to the failure of the ceasefire, but I had a telephone conversation after the midnight with Secretary of State Pompeo, and told him that this is the 1st ceasefire for them, but for us it's the 3rd and I can predict what will happen tomorrow. I said that with the utmost probability the ceasefire will not be respected and with the utmost probability Azerbaijan will blame Armenia'', Pashinyan said.

Pashinyan noted that he had asked the Secretary of State how they will clarify who has violated the ceasefire and what will be the consequences for the violation.

Nikol Pashinyan added that he still hopes that the efforts of the three OSCE Minsk Group Co-chair countries, Russia, the USA, France, will give results.

''If Russia, the USA and France are unable to establish ceasefire in this conflict zone, it means we are living in entirely another world and we have to understand the logic of tis world. We still hope that the efforts of the three Presidents will give concrete results, but for now we have what we have'', Pashinyan said.

11:29, 05.19.2022
3183 views U.S. recognizes role of population of Nagorno-Karabakh in deciding its future–Ambassador Tracy’s interview to ARMENPRESS