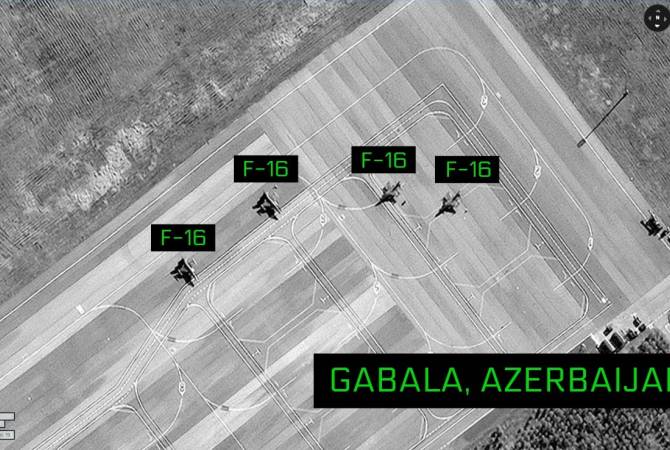 
YEREVAN, OCTOBER 25, ARMENPRESS.  Turkish F-16 warplanes have been detected in Azerbaijan's Gabala air base, ARMENPRESS was informed from the Facebook page of the Armenian National Committee of America (ANCA).

''The 6 warplanes were there nearly a week ago'', Nersisyan wrote.

The Defense Ministry of Armenia informed on September 29 that a Turkish F-16 fighter jet downed an Armenian SU-25 in the Armenian air space. The pilot was unable to survive. The presence of Turkish warplanes was denied by Azerbaijani president for a long time, but later he admitted that they are in Azerbaijan, but added that they are not participating in military operations.