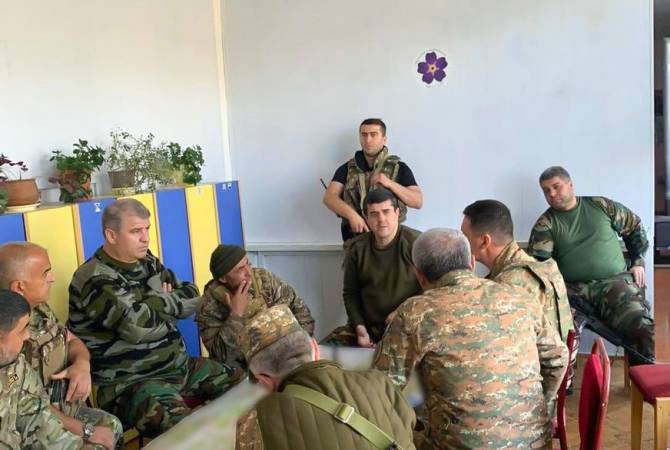 ‘’Dear compatriots, today I visited the south-eastern part of the country together with Defense Minister Jalal Harutyunyan  and other security officials. We discussed the main measures that will restrain the arrogant and aggressive actions of the enemy and inflict irreparable losses on them’’, Harutyunyan wrote.

The President wrote that both the army and the units of volunteers are standing firm in their positions and make heroic efforts for the protection of the motherland’’, Harutyunyan wrote.